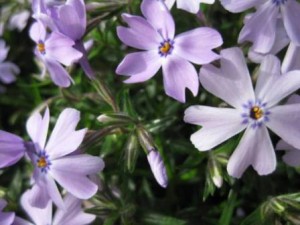 The terms oneness and awakening are being used interchangeably for the spiritual evolutionary process referred to as “ascension” or the shift. Conscious evolution involves anchoring the higher self or energy frequencies of higher realms into the physical body. This means the fragmented parts of our soul are coming home for integration with the rest of our soul essence. This is occurring in the midst of some huge changes on Earth.

The expansion and acceleration of Earth’s vibration has been occurring over many centuries but the shift became very noticeable in early 2011. By late autumn of that year, many people reported feeling more calm. This is most likely due to all the spiritual efforts people were making toward cleansing their own karma and bringing in and anchoring the accelerated frequencies of 11-11-11. We’ve had many more planetary shifts since then–one of the most notable was December 21, 2012.

Ascension isn’t necessarily about going “up;” it’s about joining with the highest spiritual realm and connecting it with Earth. . . People need to understand that they don’t leave the planet when they ascend. It can happen and some have done it.

What is this accelerated energy that we are supposed to be integrating? What does ascension mean? How will the Earth and humanity look once the shift into purer consciousness is complete? These are some questions I answered in my book, Shifting into Purer Consciousness.

First, let me remind you that there are no “good” or “bad” frequencies; everything is energy. There are waves and particles, light and sound, fast and slow vibrations, dense and expanded states. Accelerated energy is a faster vibrating and very intense cosmic energy coming from the central sun. It is having a tremendous effect upon the earth, humans, and animals.

The purpose for the ascension is to raise our soul’s vibration in order to ascend into higher realms of consciousness where we may enjoy oneness with our creator. In order to do this, we must get free of karma or anything unlike love that has accumulated in our field, mind, emotions, or body. This is sometimes a scary and uncomfortable process because it urges us to let go of dysfunction. While our old ways may be comfortable due to familiarity, they will not fit into the new paradigm. Thus, the shift we are experiencing is lightening our load and not allowing us to stay in abusive relationships or dis-empowering positions.

Like a bride preparing for her marriage ceremony, we are here on Earth to develop our soul so that we can contain exalted vibrations, allowing us to enjoy union with our beloved in sweet oneness. We don’t have to wait to have this experience—it is available within our own heart space now. The time spent in preparation will likely generate a light body (crystalline structure) that can consciously and physically travel back and forth in many realms and dimensions.

If you are having trouble moving through these changes, you might want to try a free 15-minute phone call with light language coach Yvonne Perry, the author of Shifting into Purer Consciousness.